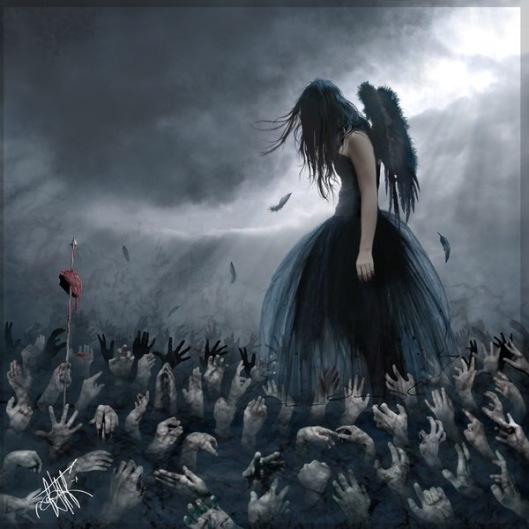 Recently heard from my step-sister that my step dad is in Hospice care now. He’s 93 and has Alzheimer’s, so it’s hurtful to think of losing him but it’s not a huge surprise that his time draws nearer.  I was so happy to hear from my sister and grateful that she felt safe to turn to me with her hurt and frustration.

I just offered support and understanding to her. Other than telling her how much I love him and what a truly good man he is, I just listened. I know if she’s coming to me, she must really just need someone safe to talk to… not someone to dump their thoughts and feeling into her though. Sadly, she lost her mother a few years ago as well. She had  such a beautiful mother.

Selfishly, I wish so much I had someone in this world  to talk about this man. I love him so very much. He represents so much to me in my life and my heart. He’ll be gone soon…

Chatting with my step-sister was heartbreaking. Mother toiled endlesslyto destroy  and/or  prevent any real relationship among him and his five children from his first marriage. And she continues to do that today, as he’s on his death bed. I know now as an adult with deeper understanding that mother never loved my step-dad, Jim. (Narcissists are incapable of love anyway.) He represented financial security for her and being 25 years older than she, I’m sure she hoped and planned on his passing away years ago.

It is so pathetic and sad that this woman continues to stand between this honorable man and his children. Now, as his hourglass runs quickly out of sand…

My mother is an expert at triangulation and has successfully utilized the methods all my life. Here is an article on various ways narcissists use triangulation to keep themselves well guarded and protected from any possible exposure of their manipulative games using people as pawns. The 4 most common non-sadistic methods of triangulation.

She’d already “won” him from his children. That was won decades ago. It’s senseless and cruel to continue the effort to keep them divided. It shows me again, how once a narcissist has set their sights on taking everything from you, they never, ever turn loose until the object (of their narcissistic supply) literally has no use whatsoever left for them or until their target is thoroughly beyond defeated. Knocking their target down in the mud isn’t nearly good enough, they continue to kick and grasp and bully until said target is utterly destroyed.

This woman has shamed, emasculated, bullied, manipulated, and humiliated this kind, hard working, honorable, self-made man for over 30 years now.  It’s so disgusting that even as a very young child, I felt sorry for this strong, silent, otherwise manly man.  Long before I could put my finger on why I used to feel nauseated when over-hearing their “conversations”, I always felt sad for him. He loved her so much… so completely … so unconditionally…   He could deny her nothing, literally nothing. And she used that love and devotion to destroy everything else he’d ever had in his life.

He was always on her side, no matter how evil or awful or blatantly wrong she was. This didn’t always fare well for me, but I always admired and respected his loyalty and love to her. And earlier on, he seemed to always want to make her abuse up to me with little secret kindnesses, like hiding packs of my favorite gum in places he knew I’d find or sneaking lemon drops (my favorite!) into my room.

When I wanted so much to play the flute, mother said, No, I’m not wasting money buying you a flute, You’ll just lose it or decide you don’t want to play it next month. But Jim stepped in and said, Darlene, let her try it. I’ll buy the flute for her. ( It was all his money anyway, but still…!) And he won that one. Subsequently, I played that flute for 3 years and competively won 1st chair placement  of all 11 flute players in the band for 2 of those years.

Mother never listened to me play no matter how excited I was when I was successful with it, but Jim used to say, Let me hear you play something.  And I was so proud to play for him when I’d finally mastered a difficult piece.

I still feel shocked that he stood up to her on that. It didn’t happen ever again, but I always felt so deeply grateful for him going out on that scary limb for me that day.

It’s horrendous that my step-sister was robbed mostly of having her father as a real and actively participating father in her youth and now she’s being left out (as much as mother can manage ) of these final days as well.

Mother, true to textbook narcissistic personality disorder, had an affair on Jim, taking us, her two daughters aged 7 and 9 st the time, to hotel rooms, vacations, and dark driveways to wait while she rendezvoused with her married lover. A man who also happened to be a business rival of my step-dad’s. When she was caught, she blamed my step-dad’s children for the affair…. ultimately, making my step-dad apologize TO HER for her having “been driven to have sex outside their marriage.” This was only two years into their marriage.

When my step-dad’s first wife (raising his five children completely on her own after my mother had taken her husband) got a job at the local country club,  mother found out and HEADS DID ROLL! She raged and threatened, screamed and bullied my step-dad and the country club management until they fired his ex-wife from that position.

My mother insisted Jim invest all his money in property with her name on it, so that she could control and inherit every possible dime of his hard- earned money rather than his five children when he passed away.  So blind, controlled, and brainwashed is my step-dad after all these years with her, that he even told his youngest daughter, There will be no inheritance for you when I die. I’m investing it all into property in Darlene’s home town.

All this… after spoiling her financially and emotionally for all these years, choosing her over his own kids because she demanded, and her making a complete fool out of him having affairs.

No one could ever say my step-dad did not love that woman, though; that he did not do every single thing within his power to please and indulge her and prove his undying and unconditional love and devotion.

It’s a sad shame that she never loved him back; that even to this day she carries on affairs behind his back for years now, rarely sees him in his nursing home and only calls occasionally- after all she’s busy running around with her boyfriends in her hometown 3 hours drive away.

And still, as disoriented as he now is, he is devoted to her first and foremost over every person in his life that actually does love him and could care less about his money. This is the exact devotion my children now have for their dad. Narcissists can’t love, but they leave no room whatsoever for those who love them to be loved by anyone else either.

She turned him against me years ago of course, so just like my dad and my children, I’ll never get to say goodbye to him.  He’ll never be allowed to know the truth of me or of her or know how much I truly love him.

Narcissists don’t just destroy their targets and suck the souls from their supply sources, they destroy every single thing in their paths and even in the peripheral along the way. ﻿

Narcissists take no prisoners and leave no crumbs of possibility behind their people-playing manipulative schemes. They leave nothing but sheer desolation and absolute destruction in their wake.